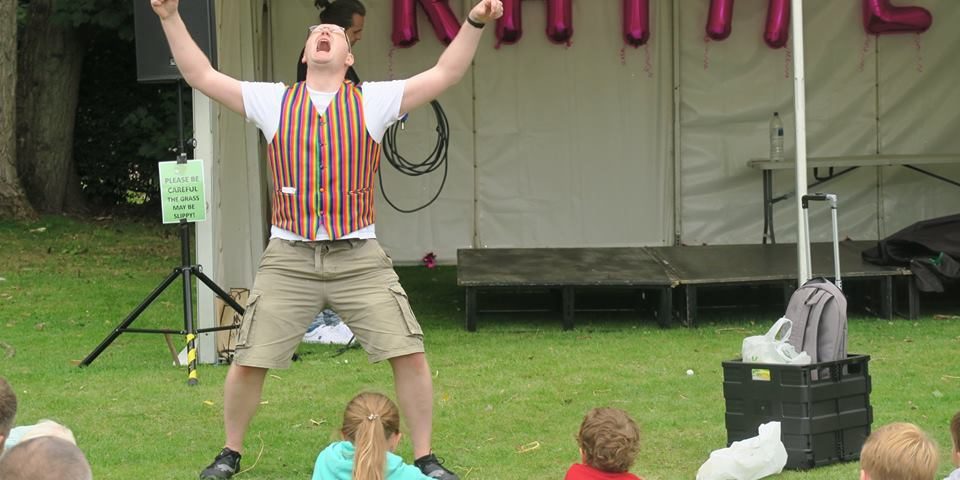 Wordpool Family Day is always one of the highlights on my calendar and the 2017 extravaganza lived up to expectation.

It’s a huge outdoor event organised by staff at Blackpool libraries and the theme for 2017 was ‘Animal Antics’. Lots of different performers attended and there was lots to see and do, plus it was all free. I had been teamed up with the lovely folk from Blackpool libraries and given three storytelling slots across the afternoon. It’s always a busy event and there were thousands of visitors there.

My first story was based in the library tent and I shared one of my stories with a rather sizeable crowd. The story was taken from More Impossible Tales and featured a cow called Edna. It’s a real stomach churner and the audience groaned and grimaced in all the right places! Mega!

Due to the size of the first crowd and the tent being a bit noisy, the second session was moved outdoors. I repeated the story in the shade of the trees with a new audience. Another great storytime. 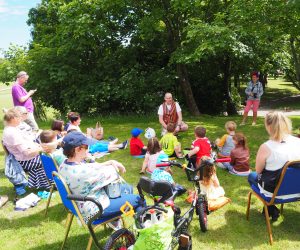 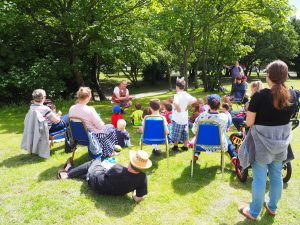 My final storytelling slot took place on the storytellers’ stage. The audience was the biggest of the afternoon and luckily we made the most of the Blackpool sunshine as it started to rain shortly after my set had finished. Very lucky! 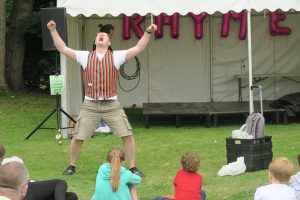