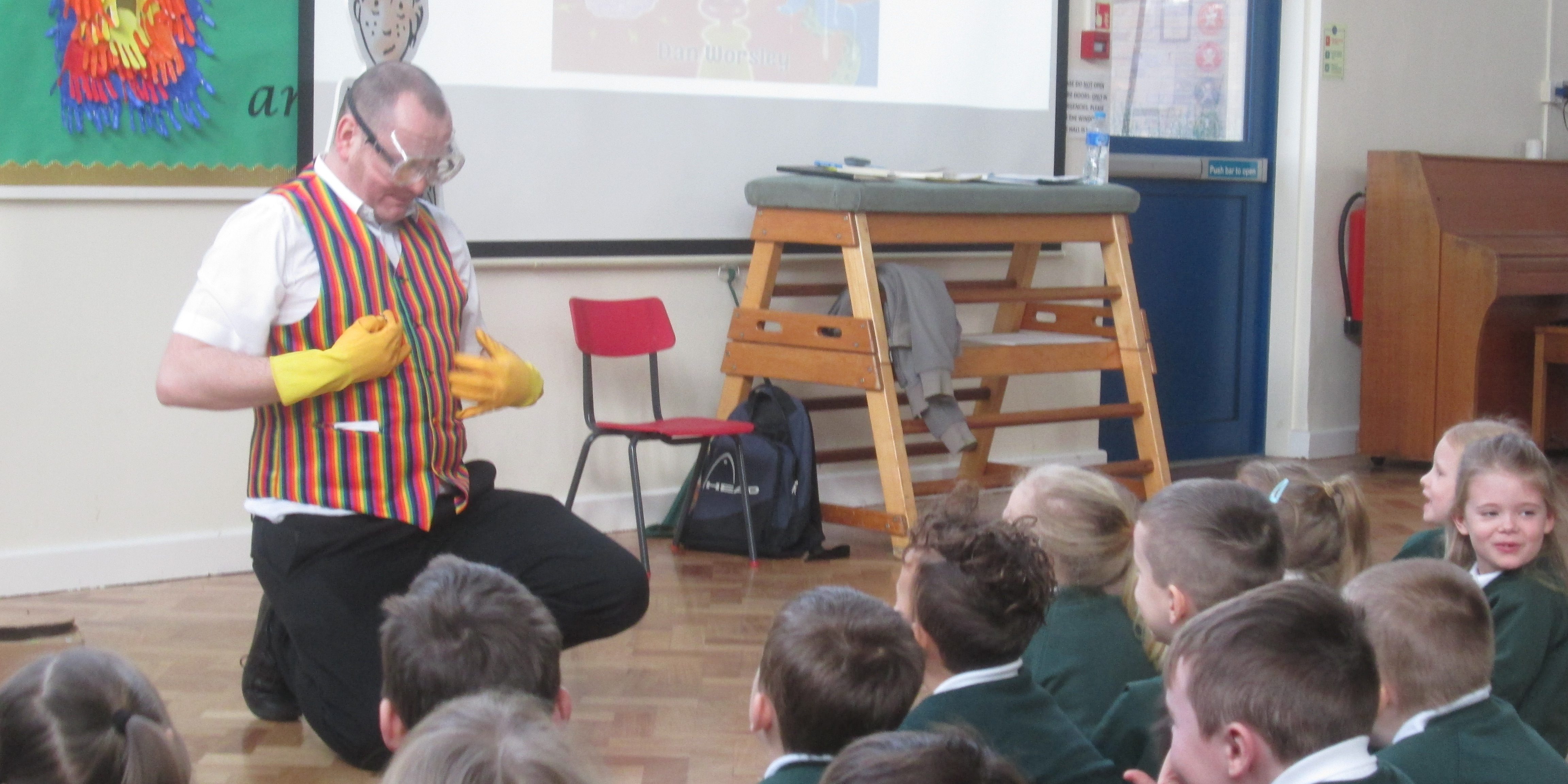 I headed across to East Lancashire for a morning of writing and storytelling at St Joseph’s Primary, Barnoldswick.

It was my first visit to the school and the morning started with an assembly. Year 1 to 6 heard about the writing process involved in producing the books as well as seeing Martin’s illustrations at the various stages of development. The main focus was the new book, so it seemed fitting that I should put on the storytelling waistcoat to share one of the new Impossible Tales. I was thrilled to bits to see the children’s reactions as I performed ‘Pat On The Head’. It’s a disgusting story and the ‘hands covering faces’, plus lots of groans and gasps, told me it had gone down well. 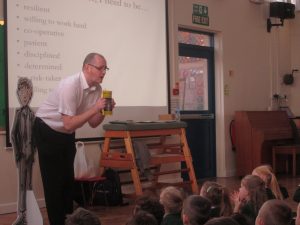 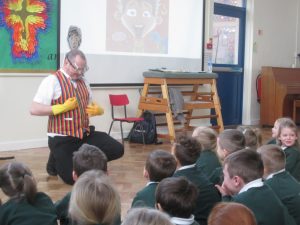 After quickly rearranging the hall, I shared a piece of unpublished writing with Year 4 and 5. It featured a nasty character who causes chaos on his school playground. The children pulled apart my writing then planned out their own version, before starting work on a first draft. It was a joy to hand over the storytelling waistcoat at the end of the morning as some of the pupils read out their versions. The pupils worked really well and I was really impressed by the standard of writing!

We even managed to fit in a book signing at break. It was lovely to sign copies of the books and chat to the pupils. Meeting the children really is the best part of the job! 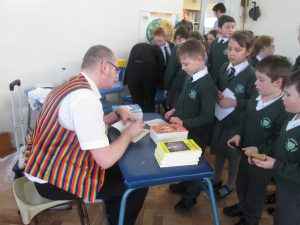 I would like to thank Mrs Wood, the headteacher, for inviting me to St Joseph’s. It is a fantastic school and I had a cracking time.