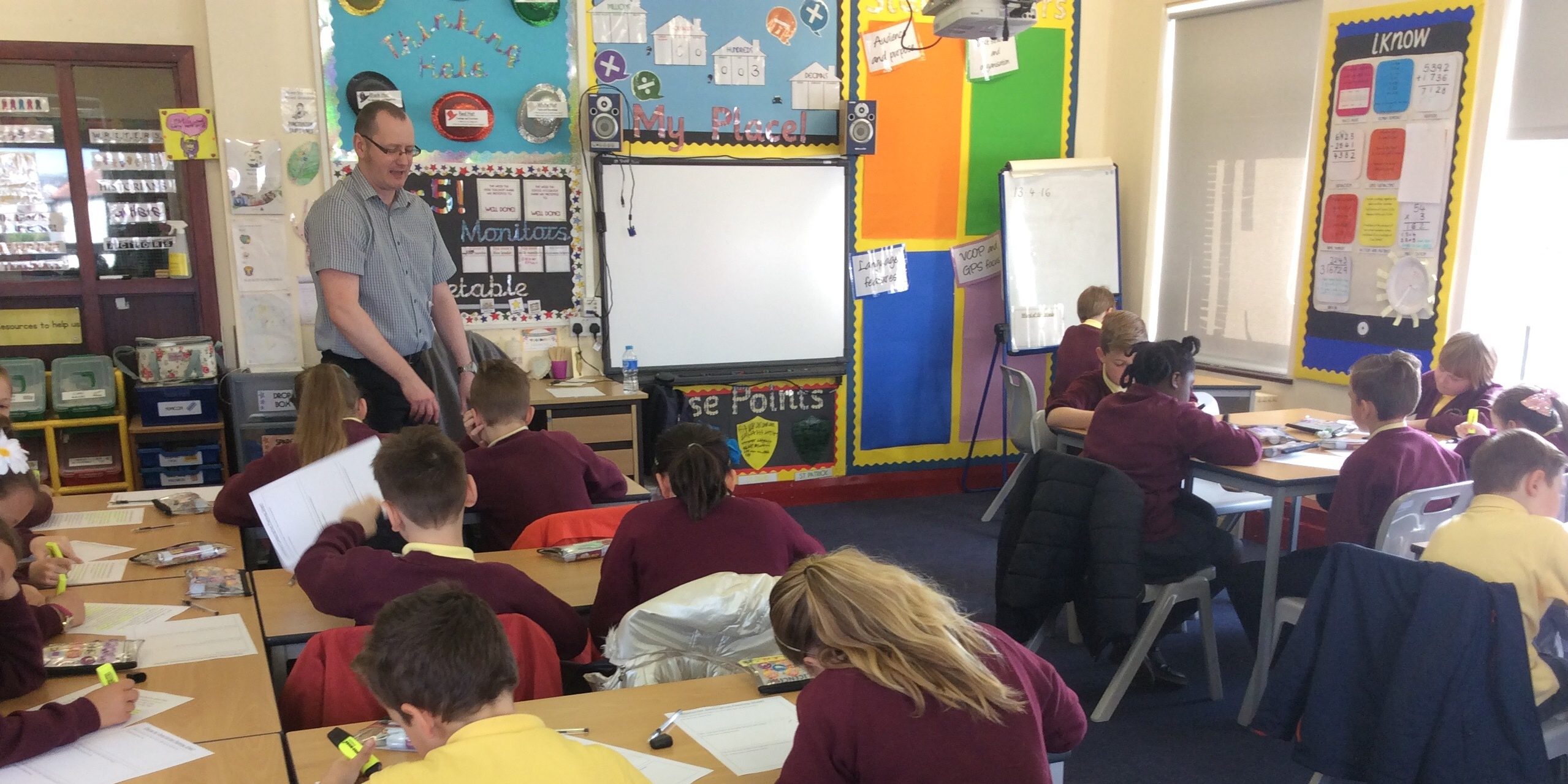 I’d visited St Teresa’s a couple of times to share the books and each time I thoroughly enjoyed my visit. It was lovely to be invited back to write with some of the pupils.

The morning kicked off in Year 4 where the focus of the session was character description. We started off by discussing characters from books the children had read. I then shared a short extract about a particularly nasty character called Bazza Simmons. He hasn’t featured in any of my stories yet, but I have plans to include him in a future story. The children used their highlighters to ‘magpie’ any language which they liked and thought could be useful in their description of Bazza. After lots of discussion about how to give clues about a character in a subtle way, the children planned out what they thought Bazza would be like, how he’d behave and how the other kids would react to him. Finally the children wrote a short first draft about Bazza. It was a joy to hear their ‘super sentences’ at the end of the session. I’m sure their writing will be mega after they’ve finished it and done some editing.

I caught my breath during break and repeated the session afterwards with Year 5. They were equally as enthusiastic as Year 4 and threw themselves into the task. They produced some fantastic pieces of writing and I look forward to sharing some of the writes on here after they have done some tweaking and editing.

I had a fantastic morning at St Teresa’s and it was a delight to write with so many children who were excited and enthusiastic about writing. Thanks to Mrs Hilton for inviting me in. Hopefully I’ll get to return later in the year to share my next book with the fantastic pupils at St Teresa’s.